Holding girls’ hands for the very last time was his specialty…

A young woman is found dead in an abandoned car, with a pair of strangers old enough to be her parents. Their suicide note apologizes for a disaster that hasn’t yet happened. And someone is stalking the websites where lost souls go to make a date with death.

The more part-time English translator Yumi Hata learns about how her friend Rika died, the more she’s convinced it was murder, and she plans to camp on Tokyo Detective Kenji Nakamura’s doorstep until he agrees to help her hunt down the truth. The evidence leads them deep into a maze of secret identities and underground clubs, where membership may have been the victims’ last mistake. As they cut through the layers of lies and illusion, the only thing that’s certain is that more will die unless they catch the killer who is targeting Tokyo’s most desperate misfits. 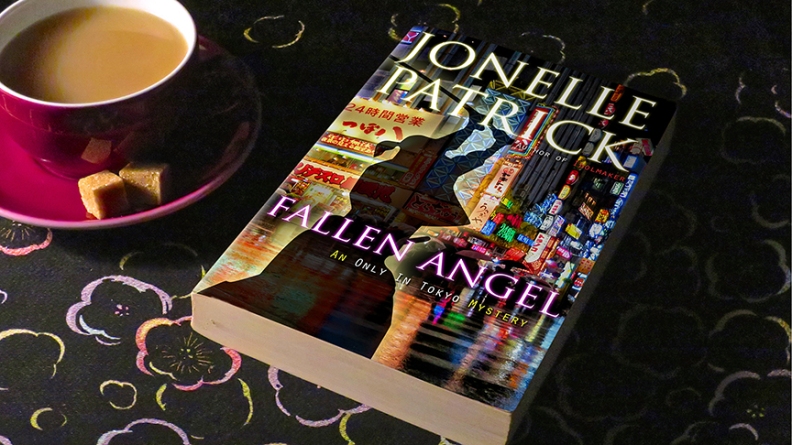 Looking for love has never been more costly…or more deadly

The #1 hostboy at Club Nova makes a handsome living, whispering sweet nothings in the ears of women who pay him a fortune for the privilege. But the party’s over when Tokyo Detective Kenji Nakamura is assigned to investigate the death of one of Hoshi’s customers, a young woman found dead after spending an evening with him.

While tracking down witnesses in Tokyo’s red light district, Kenji crosses paths with his childhood friend Yumi Hata, who is trying to rescue her best friend from a host club entanglement. Yumi agrees to slip behind closed doors – where no men are allowed – to help Kenji catch the predator who’s picking off Tokyo’s loneliest women, one by one. But as they chase the killer deep into the glittering world where everyone has their price, they soon discover that everyone also has secrets they would kill to protect.

Fans worshipped her. The tabloids loved her. Fame stalked her, even beyond the grave

A Japanese pop star is swept away in the tsunami following a devastating earthquake, and her fans erupt in a frenzy of mourning. In the wake of the disaster, Detective Kenji Nakamura is sent to investigate a death at a local shrine, but amid the rubble he finds evidence that suggests the impossible: How could the head priest have been murdered by the dead idol?

It doesn’t help that the star’s body is still missing, and Kenji’s childhood friend Yumi Hata refuses to believe that her favorite artist is dead. She launches her own investigation to convince Kenji he’s on the wrong track. But by the time their race for the truth lands them backstage at a sold-out memorial concert for the dead guitarist, the one thing they’ve both learned is just how quickly the hunters can become the hunted.

When Tokyo Detective Kenji Nakamura’s phone rings with the news that his mother’s death ten years ago wasn’t an accident, his world begins to unravel. New evidence links her to a young woman, whose body was found dolled up like a movie star and tossed in the gutter like an abandoned plaything.

With the help of part-time English translator Yumi Hata, Kenji begins to piece together what really happened the night his mother died. But the closer he gets to discovering who killed the Painted Doll, the more he fears that the truth will destroy all that’s left of his fractured family.

One Reply to “Novels set in Tokyo”