Shrines and temples aren’t just for snapping nice pix – there’s serious specialized goodness to be gotten from throwing a coin to the proper powers-that-be! Here’s how to take advantage of the local supernatural beings’ odd specialties, and do it right: 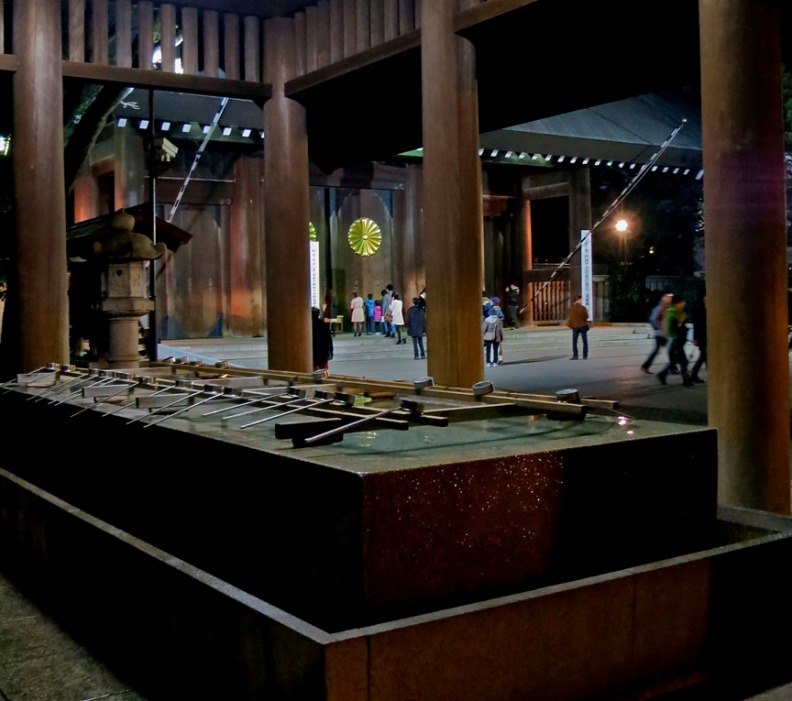 1: Dip some water from the basin with a dipper

2: Holding it over the gravel surrounding the basin (you don’t want to pollute the spring by letting any water fall back into the common pool), dribble water over each hand in turn, finishing with the hand you started with Optional: Pour the last of the water into your cupped hand and touch it to your lips, but don’t drink it or swish it in your mouth and spit it out ewwww!

3: Set the dipper back the way you found it

How to give an offering and make a wish

1: Step up to the offering box and toss a coin

3: Clap your hands twice (or ring the bell vigorously to get the local deities’ attention)

4: Fold your hands and make your wish

Do the same thing, but don’t clap, because you don’t need to get the Shinto gods’ attention at a Buddhist temple

Note: If you want to be a good Japan traveler, it’s considered polite to pay your respects and make an offering before running around and taking pictures and such. If your own beliefs make it improper for you to acknowledge the deities worshipped at a shrine or temple, when it comes time to fold your hands and bow your head, just give mental thanks to those priests and volunteers who work to keep the place beautiful and running smoothly for all to enjoy.

How much should I give?

As far as the kami-sama are concerned, it’s the thought that counts. Any amount is acceptable, but some people toss combinations of coins that add up to numbers they think are lucky. ¥5 coins are popular because the words for “five yen” (go en) sound like the words for “auspicious connection,” while giving ¥25 (ni ju go en) sounds like “doubly good fortune” and ¥45 (shi ju go en) sounds like “constant good fortune.” I’ve heard others say that giving ¥5 or ¥50 coins are unlucky, though, because they have holes in the middle for the fortune to drain out through. Basically, do what feels lucky to you, and remember that the act of giving thanks and showing respect is more important than how much you give. That said, I do contribute bigger amounts to the shrines and temples where I take pictures and discover good stuff to write about, as a way of supporting places that give me interesting stuff to share.

Sweeten the deal with some incense (temples only)

1: Buy a bundle of incense at the temple stand, or put a coin in the offering box at the self-serve

2: Find the public lighter (it should be near where you bought your incense, and other people will probably be using it too, so look around until you’ll see them)

3: Press the end of the bundle onto the hot part until it’s smoking nicely

4: Poke your bundle upright in the ash-filled urn, being careful not to burn the underside of your arm on someone else’s burning incense NOT THAT WE KNOW ANYBODY WHO’S DONE THAT shut up

2: Shake the hexagonal box (at some places it’s a thing that looks like a wooden mallet with a little hole in the head for the fortune to come out)

3: Tip the box over until a stick falls out of the little hole

5: Open the door and take a paper with your fortune on it (it will most likely only be in Japanese, but you can always train the mighty camera eye of Google Translate on it to get the gist!)

(Or, of course, you could skip all this and just get your fortune told by the Shrine Maiden Vending Machine!)

Get yourself a miracle cure

Many shrines and temples have figures that specialize in healing (some are very specialized, like the Wart Shrine!) so get yourself (or a loved one) back in tip-top shape by making the right offering at one of these:

Because good health is one of the oldest requests made to the powers-that-be, all-purpose healing figures are not uncommon in Japan (I know of others at Nishiarai-daishi temple, and at the Kamakura-gu Shrine in Kamakura) and while the method of asking for healing varies slightly, you can figure it out by standing aside and watching others before stepping up and doing it yourself.

Banish negative people from your life

If you wash your money in the spring at the Zeniarai-benten Shrine in Kamakura, it’s supposed to double within the year

Wish for the moon

If you’ve got a particular burning wish, you can buy a wooden ema prayer plaque and pen your heart’s desire on the back (these, for example, are at the shrine dedicated to lost cats)

How do I make an offering at a shrine that’s not on this list?

Here’s the universal secret: stand aside and watch other people do it. I guarantee that within sixty seconds, you’ll be able to do the right thing like you’ve been doing it all your life!

For more quirky shrine & temple specialties (along with maps and how to petition the resident kami-sama), you can’t go wrong at the eleven strangest shrines in Tokyo

Know someone who’s planning a trip to Japan? If you think this might be useful to them, share it! 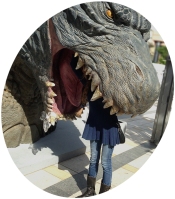 And if you’d like fun stuff spicing up your email from time to time, subscribe to The Tokyo Guide I Wish I’d Had, and I’ll send you all the hidden treasures, travel hacks and best of the best, the minute I post them!

It’s easy: Scroll down to the subscribe button, enter your email, and push the button. You can unsubscribe at any time, of course, and I promise: no ads and no sharing of your information EVER.